Sometimes called “co-marketing,” a marketing partnership is an agreement between two organizations to work together, using resources of both companies, to market in a way that boosts brand visibility, reputation and/or sales for both. In some cases the two organizations are even competitors (“frenemies”). There’s a

multitude of different types of partnerships, but the successful ones have one thing in common: both partners get something they want from it.

The advent of the internet made these types of partnerships very common, and they became more accessible to small and midsize companies. Companies use digital partnerships as a way of:

Over the years, my former communications agencies’ staff and I developed numerous marketing partnerships for public relations purposes, to build visibility leading to more sales. Some of these have been cause marketing agreements, where a for-profit company partnered with a nonprofit organization. In cause marketing arrangements, the for-profit company contributes a specific amount to the non-profit, up to an agreed-upon limit, for each sale made. The non-profit benefits from receiving the donations. The for-profit positions itself as a good corporate citizen and receives additional visibility from the non-profit’s promotional efforts.

For example, we approached a major diabetes research organization on behalf of a small food company to help launch a no-sugar food product in a market outside the United States where the brand was relatively unknown. The company made a donation to the nonprofit for each sale of the product in grocery stores, up to a set limit. The non- profit not only benefited from these donations, it also used the publicity and promotion to raise its own visibility and to educate diabetics and those who care for them about a new food option. The food company benefited from allying itself with a well-known research organization, which gave its brand an aura of credibility in a market where its products were unknown.

Marketing partnerships are very prevalent among big tech companies to introduce and market new technologies. A good example is the partnership Best Buy and Samsung formed about five years ago. The agreement between the two companies was that Samsung would have its own branded store, the Samsung Experience Shop, within Best Buy. And Best Buy would have the exclusive right to host these shops.

According to an article in the  Star Tribune, Samsung had wanted to develop its own retail shops all over the United States, but company executives felt it would take too long and cost too much. Best Buy, which had an abundance of retail space, made an exclusive deal to be Samsung’s retail parter for the store-within-a-store concept. Best Buy benefited by associating its brand closely with one of the world’s hottest tech companies, and Samsung was able to establish a big presence in the U.S. almost immediately at a much lower cost than opening its own stores.

It worked because both sides won. Samsung wasn’t competing with Best Buy as a retailer and Best Buy wasn’t developing its own line of phones. 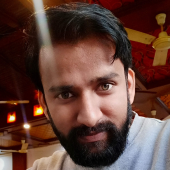